Everything Else Expert Advice Fun and Humor Small Business

Top 9 Email Pet Peeves and How to Avoid Them 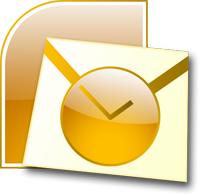 Email – it may not play a huge role in your personal life any longer, but in the workplace it still reigns supreme despite the fact that it’s really about as arcane as passing memos around the office in manila envelopes. If you’re anything the folks here at 123Print you get a ton of email from colleagues and eventually it’s bound to happen. Certain common things people do in, and with, email is going to grate on your nerves!

Before you snap and do something that’s going to land you on the evening news – and not in a good way – because you just can’t take seeing another cutesy animated graphic in someone’s signature line understand that it’s not their fault. Blame it on ever-relaxing workplace atmospheres or people just being so familiar and comfortable with email, the lines between good email etiquette and the potential to put a personal touch on email have blurred. And also know that you’re not alone! Everyone has email etiquette pet peeves; even people who commit what some may see as the most heinous of email etiquette treason. Here’s what the crew here at your favorite online printer find to be the most frustrating in terms of workplace email abuse.

For some of us there is nothing worse than getting an email, reading it and then sitting there scratching our heads and wondering what the point was. Different from the dreaded unnecessary email in that what was being communicated may indeed have been necessary, the lack of any clear outline of needs, actions, wishes, outcomes or deadlines reduces the unclear email to uselessness!

How to Avoid It – Get right to what’s important first! Present the facts and say what needs to be done, what you are looking for or when it needs to be done by before getting into minute details.

OK, I’m actually guilty of this one! The level of which an email is verbose is truly in the eye of the recipient. Some subject matter just demands more information to avoid being unclear. Other subject matter becomes unclear by having too much information. The one thing to keep in mind is that the more a reader has to read, the less they are going to take in, process and take effective action on.

How to Avoid It – Kind of like avoiding an unclear email, just get to the point and make sure that you are only communicating the facts that need to be mentioned and important details like actions needed and deadlines. Lists, outlines and bullets get the point across in an email faster than a bunch of paragraphs. If there is a lot more detail that might be necessary, either offer to fill recipients in later or type it in a document and send it along as an attachment.

Many people use the subject line of an email to categorize, classify and prioritize their inboxes. If a subject line does not clearly convey what the email is about and any urgency there may be there is a good chance that recipients may not “process” the message properly.

How to Avoid It – In five or six words or less state the main purpose of the email and note if the matter is urgent. Someone who is completely unfamiliar with the matter should know what to expect upon opening the email after reading the subject line. Avoid long subject lines, unnecessary words. Never put links to websites in your subject lines – not all email software allows them to be clickable and sometimes selecting the URL in the link and copying it to a browser is a real pain, especially on phones and tablets, where more and more people are reading their email.

5. Overdoing Recipients in “To” and “CC”

Way back before computers and even photocopiers; you typed a letter or memo on a typewriter and got one original. If you wanted multiple copies, you used paper coated with ink, called carbon paper, in between multiple sheets of regular paper loaded into the typewriter to transfer the impact of the type on the original page to the additional pages. The additional pages were called carbon copies. Carbon copies were always of a lesser quality than the first or original copy. Because of this, the person that the letter or memo was being written “to” got the original and anyone else who might have also needed the info in it got a carbon copy, or a “CC.” Many people today don’t realize that – at least until now – but what has remained of this holdover from the past is the fact that when someone sees their name in the “To” line they seem to know that the email should be of greater import to them than if they see their name in the “CC” line. Additionally, when people see a ton of names in each line, the “oh, a bunch of us got this, someone else is probably already on it” attitude kicks in. It’s just human nature. But it also means that less action is likely despite there being more recipients!

How to Avoid It – Address your email to only the people that absolutely need to get it – putting the people who are or should be directly involved with it in the “To” line and those who need to stay in the loop but not necessarily as involved in the “CC” line. If there are a bunch of people, cut down on the number of names by creating a distribution list and using it instead. Your friendly neighborhood IT person can fill you in on how to do that.

This may seem like nit-picking to some degree, and you tend to see it less and less, but the inclusion of cutesy images – especially animated ones – and inspirational quotes – even if they are business classics from Dale Carnegie or Stephen Covey – in business email signatures seems to get under peoples’ skin.

Without a lot of surveys and in-depth psychoanalysis it’s hard to say why, but the feelings are there.

How to Avoid It – For a business email signature, stay professional. Basically, if it’s not on your business card or the company letterhead, don’t put it in your email signature. Corporate logos, marketing slogans and even brief mission statements don’t seem to tick people off too much. If you want to go wild on the signature of your personal email, that’s up to you!

3. Fancy and Distracting Backgrounds and Colors

Some email software and providers allow you to actually add patterned and colored backgrounds to your email to jazz it up. Without pulling any punches here, this can just flat-out make emails hard to read. Even if you carefully choose a background and then a font color that work perfectly together in terms of readability, differences in hardware, software, email providers, lighting and even eyesight can mean that it looks terrible to your recipients and cause your email to not only be painful to read, but less than effective.

How to Avoid It – Just don’t do it! The default of pretty much every email system in the world is white background with black type for a reason – it’s very easy to read and it looks the same in nearly every situation.

Kind of like fancy backgrounds and colors can make an email hard to read, choosing fancy or off-the-wall fonts can do the same. Some fonts are just plain hard to read, especially in smaller sizes (and making the font size bigger than normal doesn’t work any wonders either). Other fonts are not universal in that unless they are installed in the recipient’s computer they won’t show up correctly, leaving odd substituted fonts or digital nonsense. And some fonts are looked at as less than professional or even just plain hated. Comic Sans is one that seems to come up in both the unprofessional and hated categories in many conversations!

How to Avoid It – Stick with a nice, readable, font. Helvetica, Arial, Times, Palatino and the like may seem boring but they’re easy to read and they tend to be fairly universal. When all else fails, use the default provided in your email software or system. Unless of course it’s Comic Sans. Never use Comic Sans. Never. Ever.

1. Abuse of Reply to All

The intention may be good. It may just be wanting to cover all the bases, keeping everyone in the loop or even just fitting in and being one of the gang; however unless the recipient list is a small group of people all known to be equally involved in what the email is about, there is rarely a need to use reply to all. Although it may seem harmless, people generally get a lot of email at work and they tend not to appreciate having their inboxes filled up with 53 replies of congratulation to an email sent to everyone in the office mentioning that Joe Blow bowled a perfect game the company-sponsored team in the local league.

How to Avoid It – If you receive an email that has been addressed to a bunch of people, and you feel the need to reply, ask yourself if everyone on the list really needs to get your reply? If you just want to congratulate Joe on his game last night, send your thoughts right to him. If you know that your reply really will only be important two three people out of six, send it to only those three people. If all else fails, just hit plain Reply and send your thoughts to the person who sent the original – they’re obviously coordinating something and they’ll get your reply to whoever they feel needs it.

A Salute to Small Business Saturday

Sharing is Good – Especially When You Get Something Out of It!