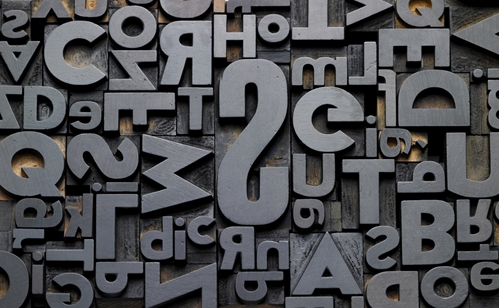 There's nothing that can take your marketing materials from terrific to terrible quite like using the wrong font. If you're not a graphic designer, you probably only notice fonts when they're bad – Comic Sans, for example, can make even the most font-illiterate cringe when used in an email signature or on a business card. However, not all terrible fonts are as widely known as Comic Sans. Fonts need to be given careful consideration – it's not just a matter of recognizing good lettering, it's a matter of knowing which fonts work well together, and where one works best compared to another. It's a lot to think about, so here's a quick guide to get you started:

Logos
You have more font freedom when it comes to designing a logo than any other part of your marketing efforts. This is because logos are meant to be a quick visual representation of your brand. Depending on your company, this could be the time to have a little bit of fun. Script and asymmetrical fonts don't make sense in other contexts but can be perfect for logos. You have to keep your company's image in mind, however. If you're trying to position yourself as the authority on small-business banking, for example, a super stylized font is going to give the wrong impression. If your company makes bow ties for puppies, you can get away with a fun font.

Headings, Subheads and Text
When it comes to the actual copy of your marketing materials, however, you should always err on the side of simplicity. Remember, your focus shouldn't be on using the coolest or most interesting typography- it should be on using a font that's easy for your audience to read. Look at your lettering choices with a critical eye – they should be utterly readable. It's also worth considering how it will carry over from digital to print, since some fonts work better on one or the other.

When thinking simplicity however, don't make the mistake of veering into trite. Just because it's common doesn't mean it's good – in fact, ubiquity can ruin a font's reputation. For example, there is perhaps no font more frequently used than Times New Roman. There are also few that designers hate more: Brian Hoff, creative director of Bryan Hoff Design, told Bloomberg that using Times New Roman just looks lazy, like "putting on sweatpants." Lora is one font that has the same feel, but is different enough to show you put in an effort.

Mixing Fonts
You can – and should – mix fonts. Having the same font in all of your marketing copy can get boring very quickly. Instead, use complementary fonts that help create a sense of movement across the page. One easy way to diversity your lettering is to use fonts in the same family, but with different weights. You always want headings and subheads to carry heavier weight than the text itself. For example, you can use Helvetica for the text, and Helvetica Bold for the heads and subheads. This guides the reader's eye while ensuring unity. You can also mix serif and sans serif fonts. Your biggest goal when mixing typography should be to make sure its not competing for attention, and that it encourages a natural progression from headings to text.

The Font No-Fly List
There are thousands of fonts, and most of them have their place in some context or another. However, there are some fonts that have earned a bad reputation. Whether it's because they're overly stylized or just used too much, they give a bad impression. Using these fonts in your marketing copy will instantly tell your readers you don't know what you're doing. Ban these typefaces from your branding: 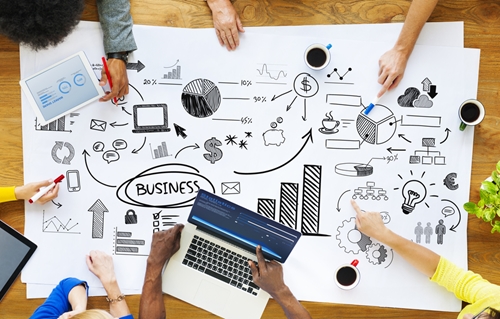 5 money rules startups should live by

How to Grow Your Subscribers with an Email Modal

Going Up! How to Develop an Elevator Pitch for Your Business